With the 2018 Calendar year coming to a close, we thought we might take a moment to recap the year that’s been. After years of stability and complacency, volatility crept in the front door of financial markets and made its presence felt. Volatility in equity markets (February & October), volatility in Property (House Prices), volatility also experienced in currency markets and cryptocurrencies.

It’s fair to say that instabilities in political power, trade, and market regulation have all contributed to the return of volatility, unsettling many markets in 2018.

Here’s a summary of the main markets and influencers in 2018;

It appears that all major sharemarkets could finish in the red in 2018. The year started with an early scare, recovered strongly, but then realities of China trade, FX, rising US rates, inverting yield curves, European concerns (Brexit/French Riots/Italy), Banking regulation, Central Bank QE reversal etc …  all tried to rock the apple-cart. 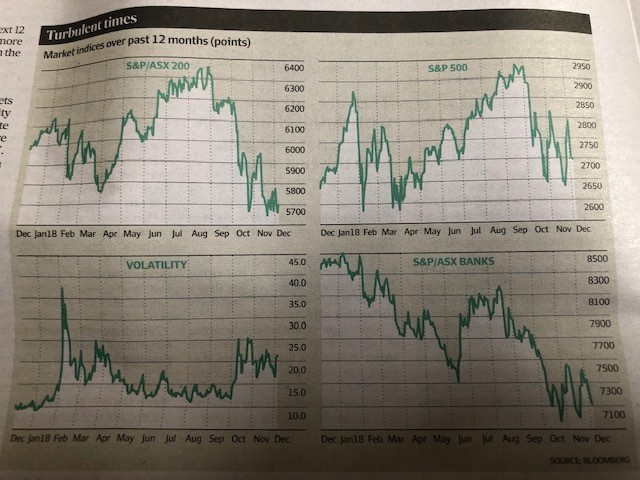 What a difference 12 months makes. We seem to have gone from a property market (2017) of extreme positive sentiment “you can never lose money on property”, to one of negativity (2018) where the influence of the Royal Commission – has slowed the flow of credit (debt) into the highly leveraged market that is residential property. 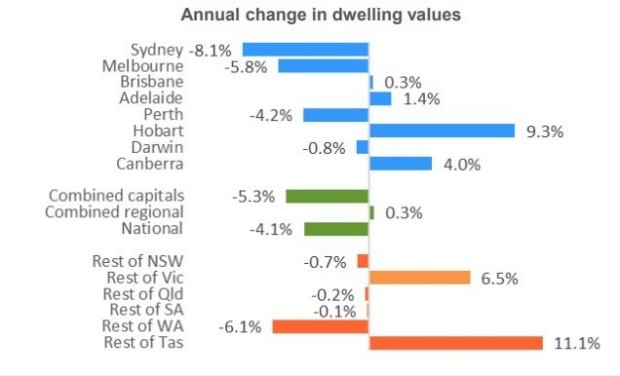 Fixed interest markets have had an interesting year. On the face of it, without any RBA cash rate changes for the year you’d think it was a boring year in this asset class. But in dis-secting performance, we ironically had term deposits out-performing both Australian and International government bonds, and investors being rewarded with strong yields from corporate debt and bank hybrids (without any negative debt pricing coming from the weakening banking sector). It’s fair to say, the avoidance of government bonds should continue to be an important investment allocation strategy in 2019 and beyond as long duration bonds devalue in a rising interest rate environment.

Our money is on rates rising from here … the million dollar question is WHEN? 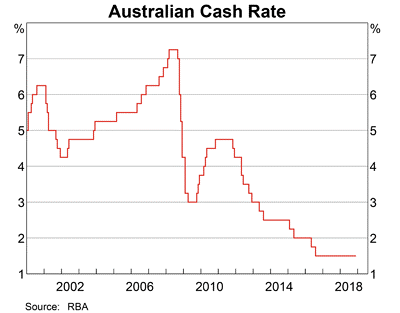 There was no shortage of Political news in 2018. Brexit deal, no deal, deal, no deal … kept us entertained during the year and is still without EU resolution. Trump has turned over his cabinet more than the Australian Cricket Team, picked fights with Russia, China, Canada, Mexico, Iran, Europe (who have we left out?) and is trying to make America great again through tough negotiation and trying to win the war of trade.

Domestically, we saw a spill and new prime minister. State elections convincingly decided, and some pre-Federal election 2019 promises that have ruffled plenty of feathers (for those with negatively geared property and refunded franking credits).

The Royal Commission is keeping lawyers in business, and we heard all financial institutions get grilled from some pretty heavy questioning, with some astonishingly bad revelations as to what’s being going on behind closed doors in the banking & insurance corporate world.

Our decision to break away from a bank owned and controlled licence to our own (Advice Evolution) was timely and in everyone’s best interests. 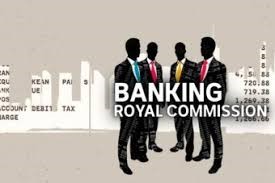 Trump/Xi Jinping (US vs China) tariff/trade wars intensified through-out 2018. Will an agreement be reached in 2019? Time will tell. This seems to be a lose-lose joust in the short-term, and hard to say who’ll be the winner of this negotiation long-term. 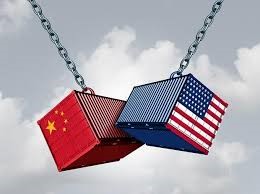 So we have a federal election coming up. Whose excited? With pre-election promises of negative gearing changes and franking credit government coffer retention, its hard to be too enthusiastic. Fortunately Australia has one of the lowest government debt to GDP ratios around the world, which is a nice inheritance to whichever party gets elected, but no doubt there will be plenty of head-scratching going on a Kirribilli House in 2019 with a falling property market, slowing China, European unrest, and a US president fixated on protectionist policies. 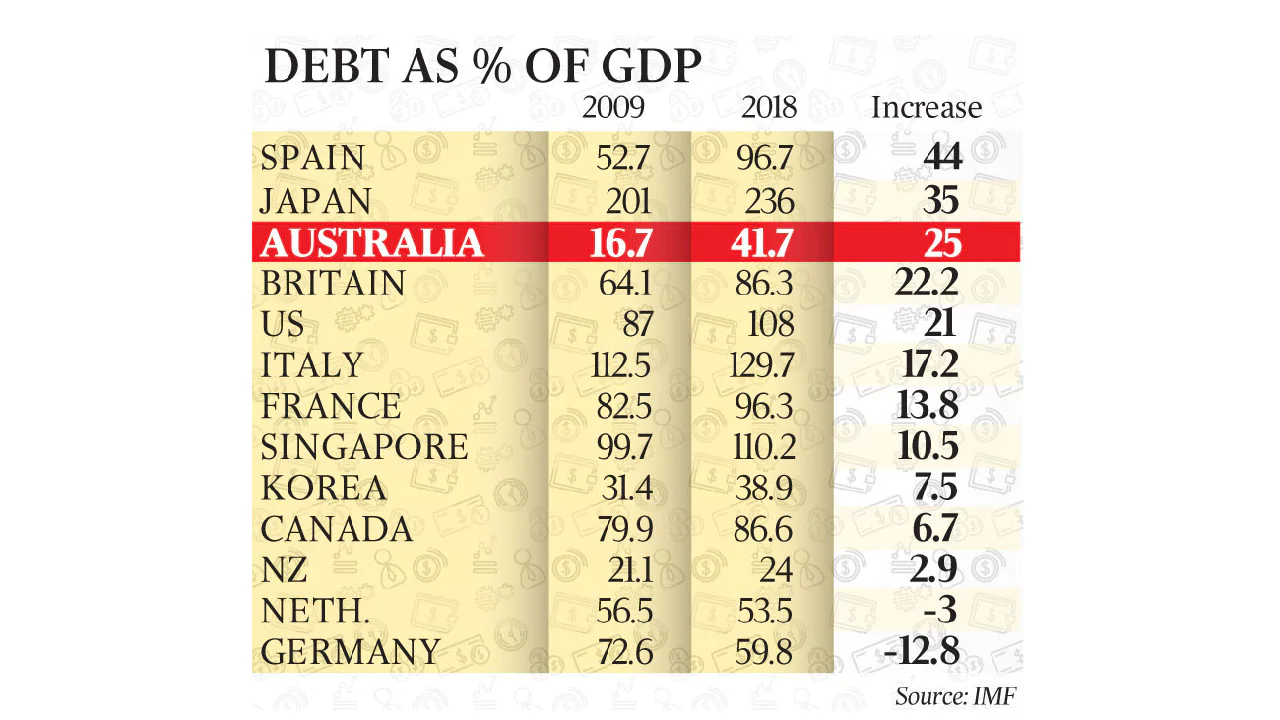 The AUD has been pretty stable (relatively speaking). But by the end of August, the strong US Dollar had already done plenty of damage in 2018; 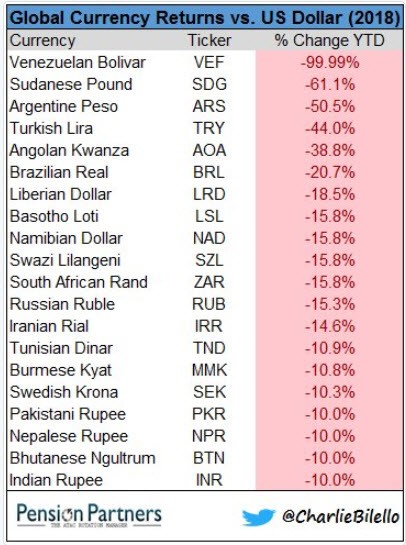 One of the most talked about financial markets at the start of the year, was “crypto’s”. Hype around this medium-of-exchange peaked early in the year, however regulators stepped in to ensure the fiat currency system that we use and know, will not be (immediately) replaced. Ironically, Bitcoin peaked just before it became investable on Wall Street (in the US futures market). Ironic? Probably not. 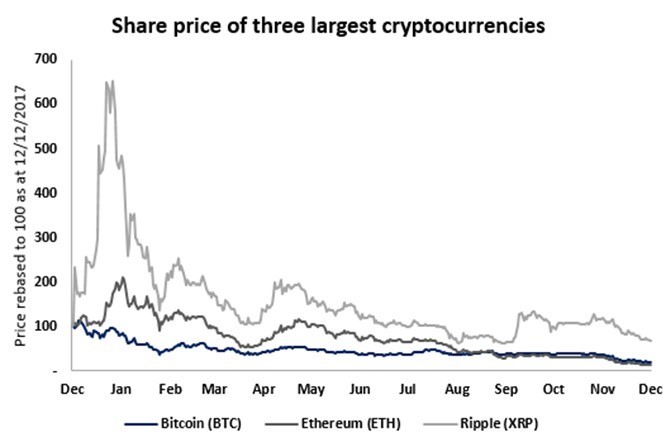 In conclusion, as evidenced by the above charts, it is fair to conclude that 2018 was an unsettled year. Deep seeded political and economic issues are unlikely to turn around anytime soon. But even in this period of uncertainty – opportunities can be found and exploited, and we’re here to assist with ensuring your personal financial goals and objectives are achieved irrespective of the financial environment we’re in.

Wishing you a wonderful Christmas and New Year period, and we look forward to talking finance with you in 2019.

LifeTime Financial Group are specialist (holding appropriate accreditations) advisors who are ideally positioned to assist you in managing your SMSF.

Would you like to discuss your personal position and Income Protection needs further with one of our highly qualified financial planners?

Why not call us today on 03 9596-7733? There is no cost or obligation for our initial conversation/meeting.

View all Related News & Cases
Back to all News